Pressidium participated for the second year in a row in WordPress Hosting Performance Benchmarks. They had four plans entered into the following ranges: $51-100/month, $101-200/month, $201-500/month and Enterprise ($500+/month).

Last year, Pressidium earned top tier status, this year they managed a repeat on every plan.

Prices have increased since the original tests, the original prices are crossed out, with the new pricing listed.

The Blitz test is designed to make sure that static assets (which should be served from cache) are being handled properly and can scale to very heavy big spikes in traffic. If the LoadStorm test was a clinic, this was absolute perfection. Pressidium had near perfect tests at every level: almost no errors/timeouts and stable response time. The only exception was the 201-500 range, it had a minor spike at the end which increased the response time to a measley 82ms.

Uptime wasn't tracked on most Enterprise level plans because they are just so expensive that it felt wasteful to run them for a long period doing nothing but monitoring uptime if the company had other plans in the testing which could also be measured.

Pressidium did well in the uptime monitoring, keeping above 99.95% on all monitors.

I mention these because they are in the full testing but I won't bother putting them here. No company had any significant issue with either and it's not worth writing about. If you're very interested in seeing the geographical response times on WPT or what the raw computing power test of WPPerformanceTester measured, read the full results.

Pressidium managed to earn four Top Tier WordPress Hosting Performances, an impressive feat. Another year, another excellent performance like what I am beginning to expect from these guys. 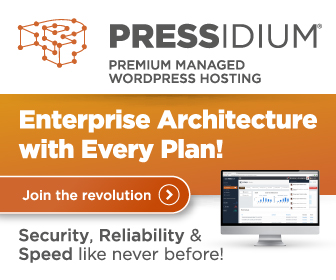