A Small Orange [Reviews] has won numerous awards from Review Signal including Best Overall Web Host 2012, Best Shared Hosting Provider 2013 and Best Managed VPS Provider 2013. They've been consistently near the top of our rankings since the beginning. They stumbled a bit during our first round of WordPress testing.

But what differentiates a good hosting company from an average one? Accepting there was a short-coming and improving. A Small Orange did exactly that in our second round of testing.

The first performance test was done with LoadStorm. A Small Orange made it to the final round of testing where 2000 concurrent users were logging into WordPress and browsing the test site. The test was designed to test non-cached performance by logging users into WordPress. It caused many hosting setups to crumble. You can see ASO's result in this graph (click on it to play with the interactive results): 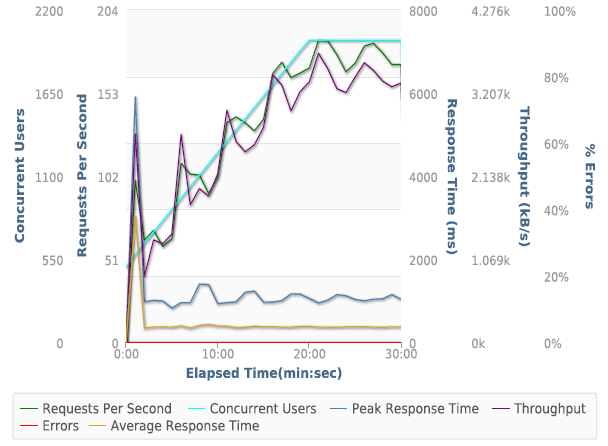 A Small Orange handled the test without a single error and showed no signs of struggling with the load. There isn't much more so say than ASO handled LoadStorm with grace and ease.

The second load test that was run on A Small Orange was Blitz. Blitz was used to test cached performance. It simply requested the home page from 1-2000 times per second. 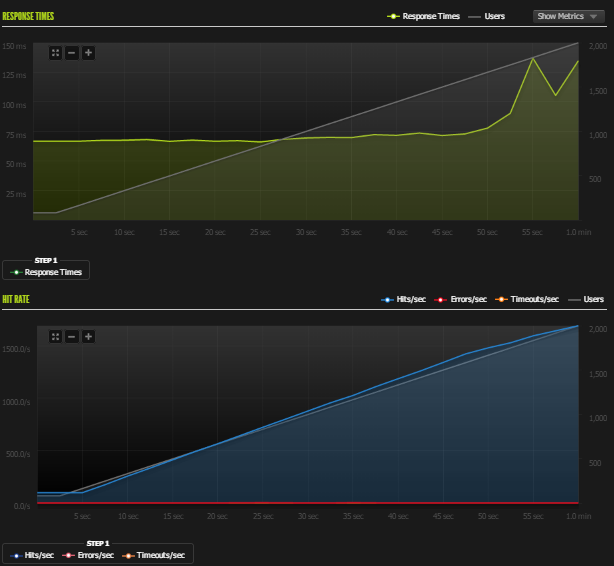 A Small Orange's Blitz results were pretty expected based on the previous test. It showed minimal signs of load around ~1800 users where the response times spiked a bit but were still under 150ms which is barely noticeable. Overall, it was a fantastic performance. Full Blitz Results (PDF)

Two third-party uptime monitoring services (StatusCake and UptimeRobot) tracked the test site for a month. The results for A Small Orange in both cases was perfect uptime. StatusCake also had a blazingly fast average response time of 23ms, which led the pack by a wide margin. In the uptime department, ASO had a flawless performance.

“WebPagetest is an open source project that is primarily being developed and supported by Google as part of our efforts to make the web faster.” WebPageTest grades performance and allows you to run tests from multiple locations simulating real users. ASO was tested from Dulles, VA, Miami, FL, Denver, CO, and Los Angeles, CA.

A Small Orange [Reviews] is one of the top tier WordPress hosting providers when looking at performance. ASO improved their LEMP stack since the last time I tested. They never buckled in any test. Their staff was incredibly friendly (special thank you to Ryan MacDonald) and they’ve stepped up their performance game. The one thing that isn’t quite there yet is the documentation/user experience, there are a lot of improvements they could make to make their LEMP stack more accessible to the less tech savvy. All in all, the experience was in-line with what I would expect from a company that has one of the highest support ratings on our site.

Visit A Small Orange and use the coupon code 'orangelover' for 15% off.