All testing was done on the Professional plan (shared) and using the WordPress stack. The plan had 20GB of space and allowed 100,000 visitors per month. The price was $100/month.

The first performance test was done with LoadStorm. Pantheon made it to the final round of testing where 2000 concurrent users were logging into WordPress and browsing the test site. The test was designed to test non-cached performance by logging users into WordPress. It caused many hosting setups to crumble. You can see Pantheon's result in this graph (click on it to play with the interactive results): 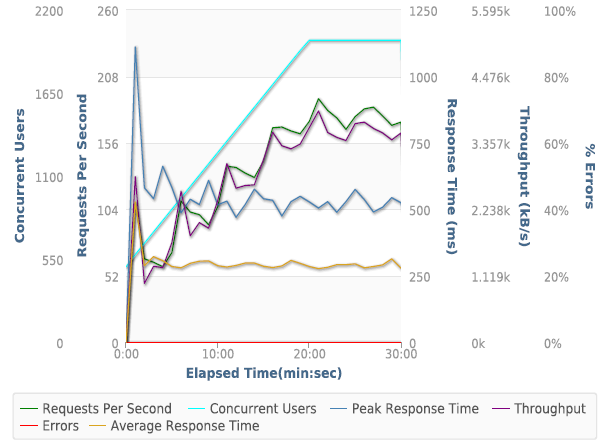 Pantheon had a whopping zero errors and scaled without issue.  LoadStorm independently analyzed my testing and named Pantheon as performing the best of any WordPress company tested.

The second load test that was run on Pantheon was Blitz. Blitz was used to test cached performance. It simply requested the home page from 1-2000 times per second. 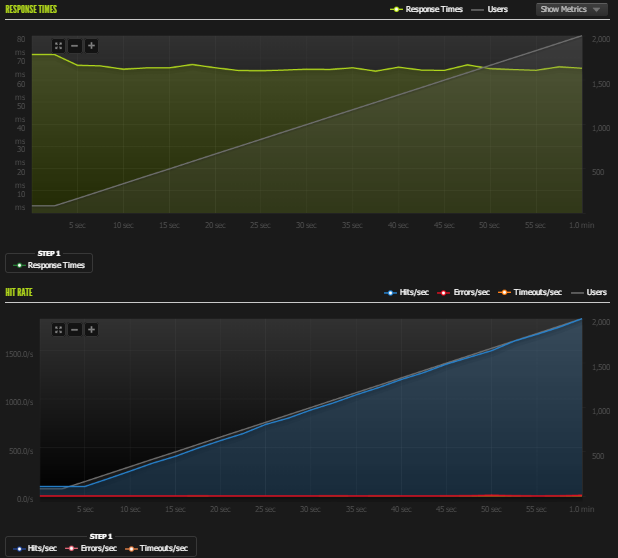 Pantheon's result looks like it was from a textbook. It maintained roughly the same response time from one to two thousand concurrent users. Full Blitz Results (PDF)

Two third-party uptime monitoring services (StatusCake and UptimeRobot) tracked the test site for a month. The results for Pantheon in both cases was perfect uptime. There's nothing more to say than that.

“WebPagetest is an open source project that is primarily being developed and supported by Google as part of our efforts to make the web faster.” WebPageTest grades performance and allows you to run tests from multiple locations simulating real users. Pantheon was tested from Dulles, VA, Miami, FL, Denver, CO, and Los Angeles, CA.

Pantheon specialized in Drupal hosting, so I was wondering how well it would translate to WordPress. The short answer is, it converted over really well. They had a flawless run on the LoadStorm test - zero errors and not even any spikes in response time over 30 minutes. Pantheon is one of the more expensive options on the market, but they make a very strong case for it. Perfect uptime and near flawless load testing sent them easily into the top tier.