WebSynthesis [Reviews] had an extremely strong showing in our first round of testing once I got by a security issue. They managed to defend their status as a top tier WordPress web host.

The first performance test was done with LoadStorm. WebSynthesis made it to the final round of testing where 2000 concurrent users were logging into WordPress and browsing the test site. The test was designed to test non-cached performance by logging users into WordPress. It caused many hosting setups to crumble. You can see WebSynthesis's result in this graph (click on it to play with the interactive results): 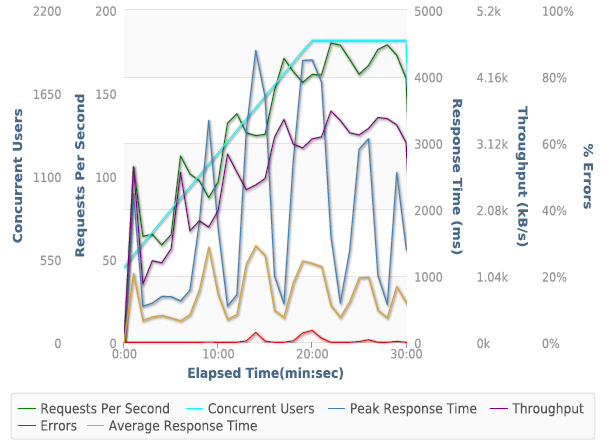 WebSynthesis stayed under the threshold of 0.5% error rate, but it was close. This grueling 2000 user test really put a strain on the server as you can see from the spikes but it held for 30 minutes without failing.

The second load test that was run on WebSynthesis was Blitz. Blitz was used to test cached performance. It simply requested the home page from 1-2000 times per second. 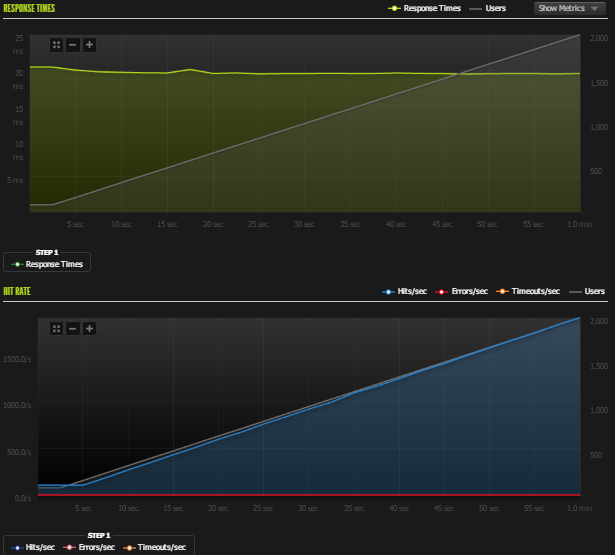 WebSynthesis was better than flat. There is a slight downward trend in response time. WebSynthesis led the pack, again, delivering 57,776 hits in one minute with a single error. The best results of anyone on this test. Full Blitz Results (PDF)

Two third-party uptime monitoring services (StatusCake and UptimeRobot) tracked the test site for a month. The results for WebSynthesis were 100% uptime according to both sources, again.

“WebPagetest is an open source project that is primarily being developed and supported by Google as part of our efforts to make the web faster.” WebPageTest grades performance and allows you to run tests from multiple locations simulating real users. WebSynthesis was tested from Dulles, VA, Miami, FL, Denver, CO, and Los Angeles, CA.

WebSynthesis handled this test fine. In fact, they had the single fastest average page load from a single location of any company at 0.407 seconds from Dulles, VA.

WebSynthesis [Reviews] was teetering on the Load Storm test of having too many errors (0.5%), but they were under it and handled the test quite well. They also had no weird security issues this time around, and WebSynthesis led the pack on Blitz testing. They went from 871 hits/second last time to 963 hits/second this time; leading every provider on the Blitz tests with a whopping 1 error to boot. Sprinkle in some perfect up time numbers and it’s clear WebSynthesis is still a top tier provider and is continuing to get better.