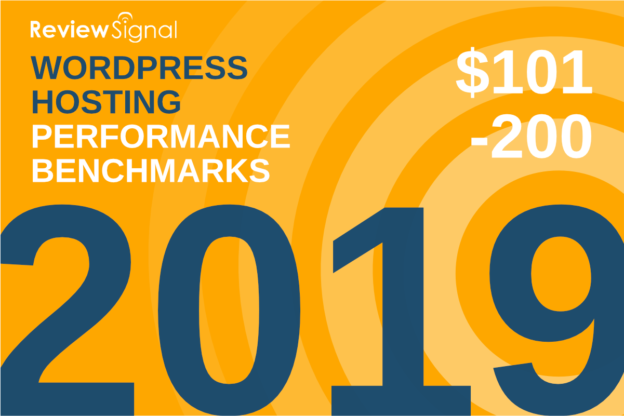 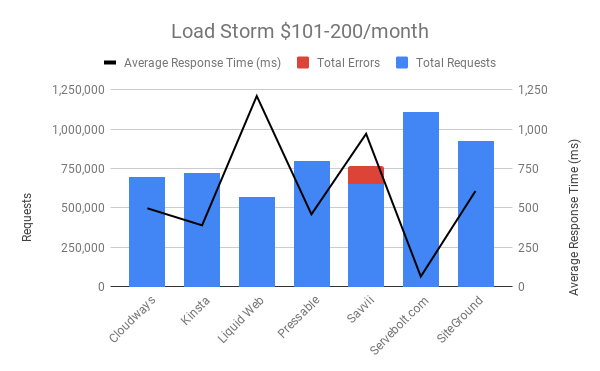 Cloudways [Reviews], Kinsta, and Servebolt.com all handled the Lost Storm test without issue.

LiquidWeb [Reviews] had substantially increased response times as the test went on.

Savvii did not handle the Load Storm test well. 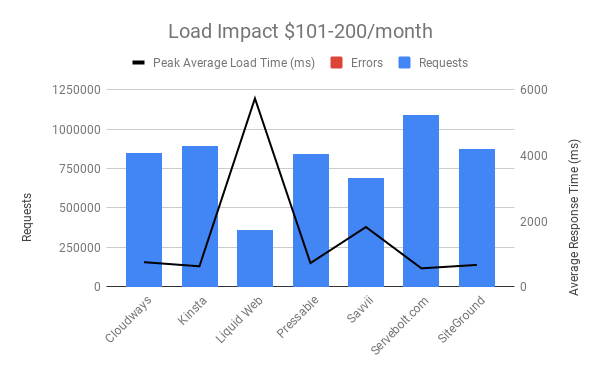 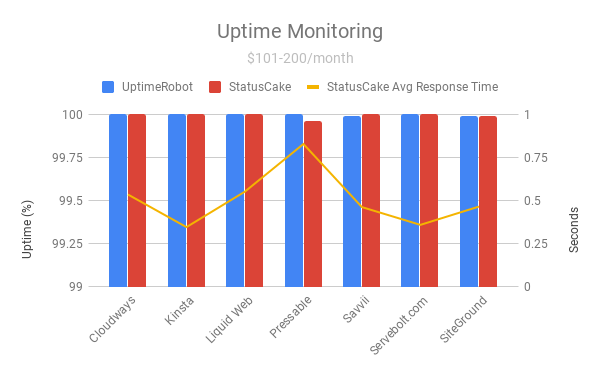 The lowest uptime was a hair under 99.99% which is amazing for everyone.

There's no clearcut fast everywhere compared to their peers host in this price bracket.

Pressable is the slowest in 9/11 locales. 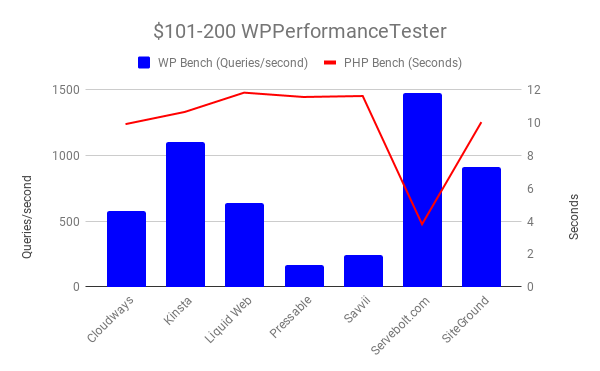 Everyone got an A, Servebolt earned an A+. 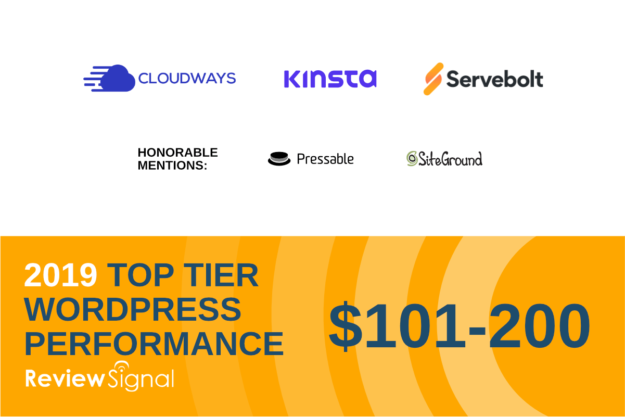 Cloudways [Reviews], Kinsta and Servebolt all handled the tests without issue and earned Top Tier status.

Pressable and SiteGround [Reviews] each earned an honorable mention. Pressable started to show a bit of load on the Load Storm test with slight increase in response times and a few errors. SiteGround had a low error rate but there seemed to be a few throughout the whole Load Storm test.

100% uptime and 1 cumulative error. Doesn't get much better than that. Top Tier.

Liquid Web had 100% uptime and zero errors. The only difference between this being top tier and not is the average response time increased substantially during the load tests. While the servers kept running and didn't miss a single request, they got noticeably slower which kept Liquid Web out of any sort of recognition.

100% and 99.96% uptime were excellent. Zero errors on the Load Impact test. The only minor issue was the .38% error rate on the Load Storm and slight increase in response times as well. Definitely worthy of an honorable mention.

100% and 99.988% uptime were a solid start. The load tests proved to be a bit much though. Load Storm errored out and Load Impact showed signs of stress.

Perfect uptime, 57 cumulative errors on the load tests and the fastest average response times for both load tests made Servebolt.com an easy candidate for earning Top Tier status.

SiteGround had 99.99% uptime and handled Load Impact effortlessly. The only minor knock was the 0.22% error rate during the Load Storm test. Overall, a great performance which earned it Honorable Mention status.