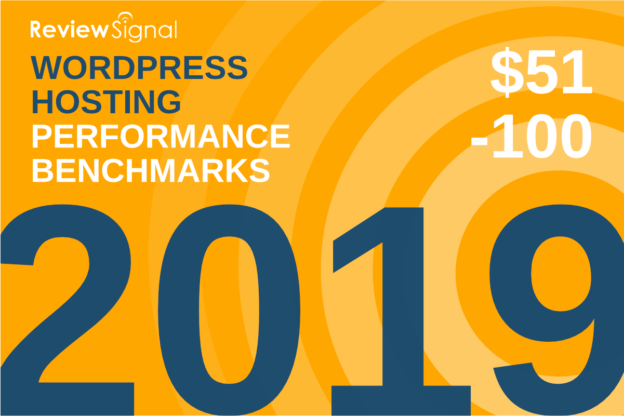 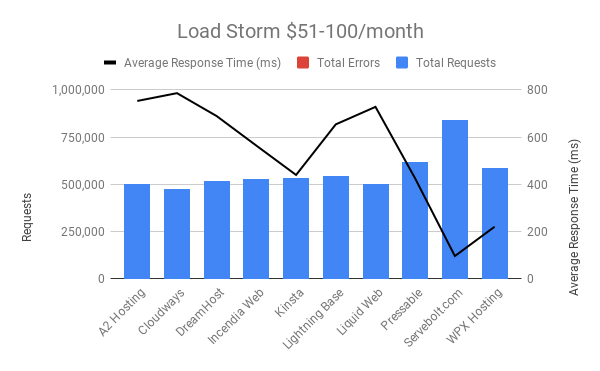 Cloudways [Reviews] and LiquidWeb [Reviews] showed increased response times as the test scaled but no errors. 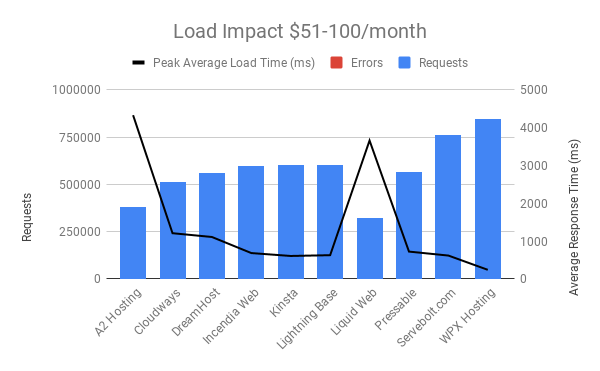 A2 Hosting, Cloudways, DreamHost and LiquidWeb all had increased response times during the Load Impact test. 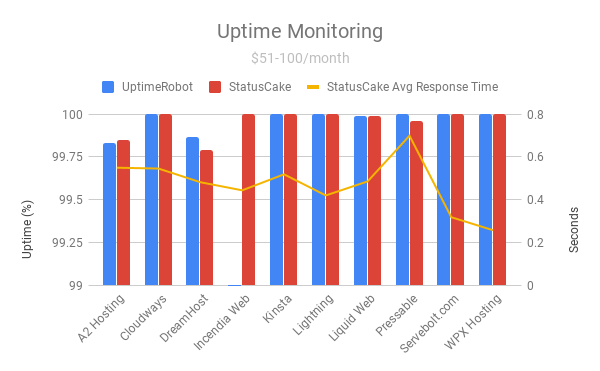 A2 Hosting and DreamHost's uptime fell below 99.9%.

Everyone else was above the 99.9% threshold.

There was no clear fastest as it was very tightly clustered in most locales.

Pressable was the slowest in 6/11 locales. 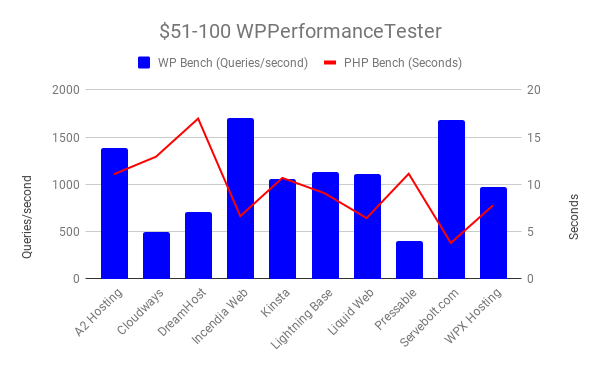 Everyone gets an A. IWW and Servebolt get A+. 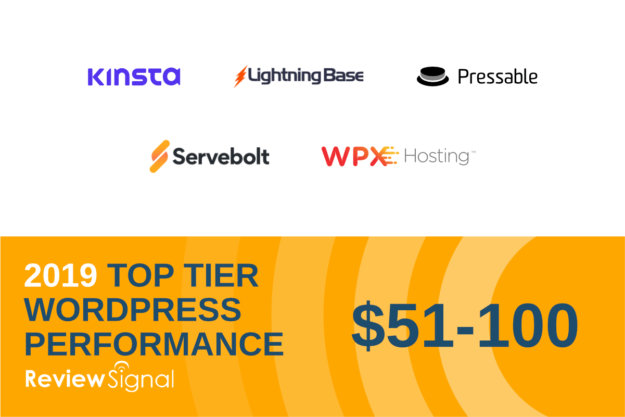 Kinsta, LightningBase, Pressable, Servebolt and WPX Hosting all earned Top Tier status this year. They each handled all the tests flawlessly.

A2 Hosting didn't crash on either load test which was nice. Unfortunately, the load did slow the server down and caused high average response times as the tests progressed. The uptime also was below 99.9%. A2 Hosting has had better performances in the past, there's definitely still room for improvement.

Cloudways perfect on the uptime monitors with a double 100%. The load tests showed signs of load as both tests progressed, the server never failed, but response times increased substantially. It was a good performance but just out of honorable mention territory.

DreamHost handled both load tests without failing but the results became spikey and showed increased response times towards the end of each. The big problem was the uptime fell below 99.9%.

An SSL bug caused some downtime which put them below the threshold for earning recognition unfortunately this year. Otherwise, their load testing results were flawless with zero errors. IWW for the past three years has had excellent speed, I'm sad to see them disqualified from earning any recognition.

Perfect 100% uptime on both monitors, and excellent load testing results put Kinsta in the Top Tier yet again. Just a model of consistent high performance.

LightningBase had excellent load testing results, again. They also had perfect uptime on both monitors. Top Tier status earned for sure.

One error total from both load tests. 99.99% uptime. There is a lot to like, but Liquid Web's servers couldn't quite keep up the fast response times expected during the load tests. They never failed, but they did start to slow down and that kept them from earning any recognition.

Pressable put on an excellent showing with 100% and 99.96% uptime. The load tests had a total of 32 errors combined. Pressable easily earned itself a Top Tier award this year.

New entrant Servebolt.com stormed into the tests this year and earned itself a Top Tier award. They had perfect 100% uptime on both monitors. They also had the fastest Load Storm results of any company in this price tier. It was an excellent performance from a new entrant.