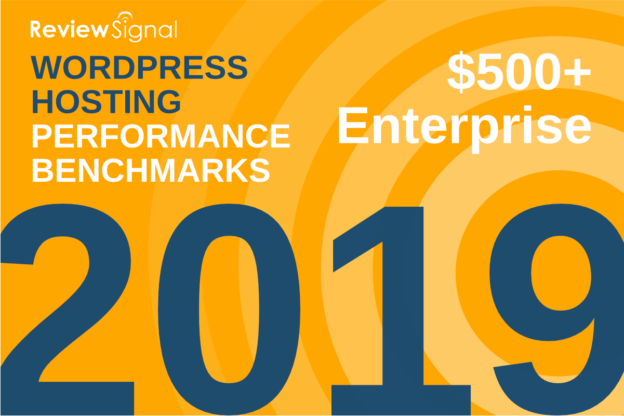 This post focuses only on the results of the testing in the Enterprise ($500/month) price bracket for WordPress Hosting. 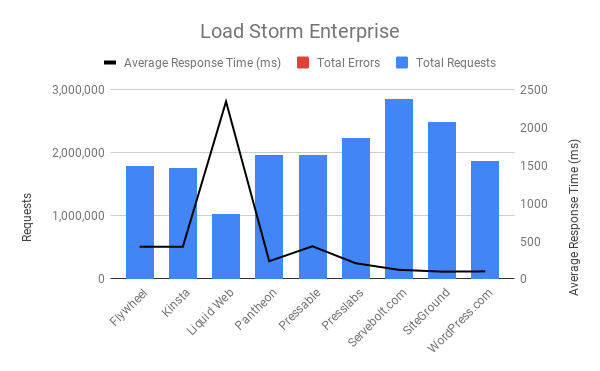 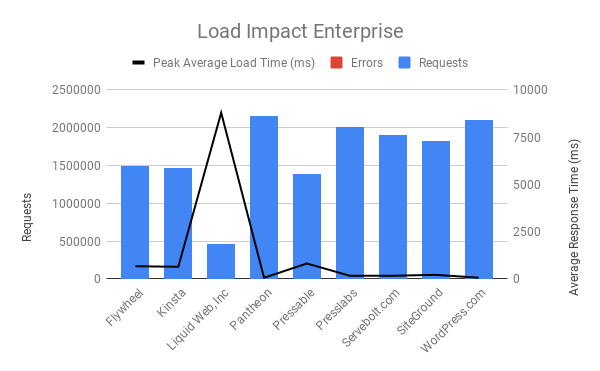 Flywheel, Kinsta, Pantheon, Pressable, Presslabs, Servebolt, SiteGround, and WordPress.com VIP all handled this test without issue. Pantheon led the pack with a 65ms average response time with WordPress.com VIP right behind them at 67ms.

LiquidWeb struggled with this test and had substantially increased response times. 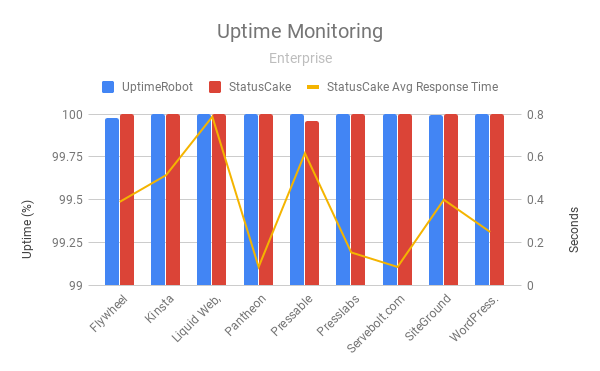 Near perfect with everyone above 99.9%. Only Flywheel and Pressable dipped below 99.99% on individual monitors with the majority having 100% uptime overall.

The results of the WPT are a non impacting and it's nice to see that with almost every provider, nearly everywhere around the world the page would load under two seconds. Dulles continues to be the fastest for everyone, with the slowest load at snappy 0.589 seconds. Rose Hill also was ~300ms faster than the slowest and fastest measurements last year. WPT continues to show companies are delivering content faster around the globe to users.

Servebolt was the fastest in 9/11 locales.

Pressable was the slowest in 11/11 locales. 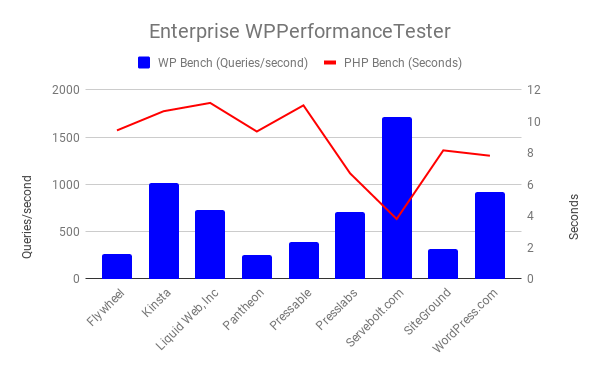 Servebolt stands out as the fastest PHP and WP Bench. 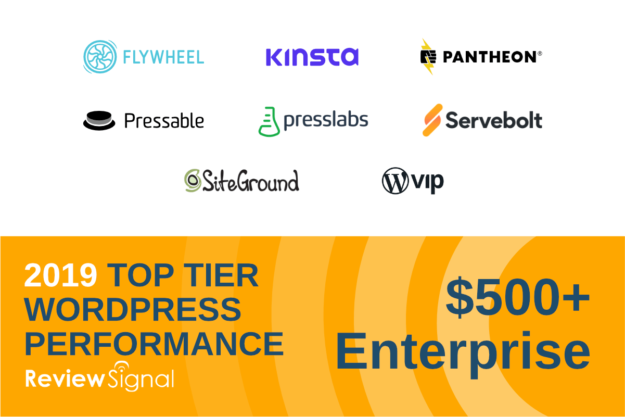 Zero errors on both load tests and a 99.979% and 100% uptime. Flywheel's first entry into the enterprise space looks strong and earned itself Top Tier status.

LiquidWeb had 99.99% and 100% uptime which is a great start. The problem was the Load Storm test slowed down during the test considerably as did the Load Impact test.

Pantheon had perfect uptime and Load Impact went though fine, Load Storm had a few errors but nothing significant. Top Tier performance indeed.

Perfect uptime. Near perfect load tests. The fastest in 2/11 locales in WPT, and second fastest in 5/11. Awesome performance from Presslabs earning them Top Tier status.

Near perfect uptime with 99.995% and 100%. 24 cumulative errors. The fastest average response time for the Load Storm test. SiteGround earned itself Top Tier status.