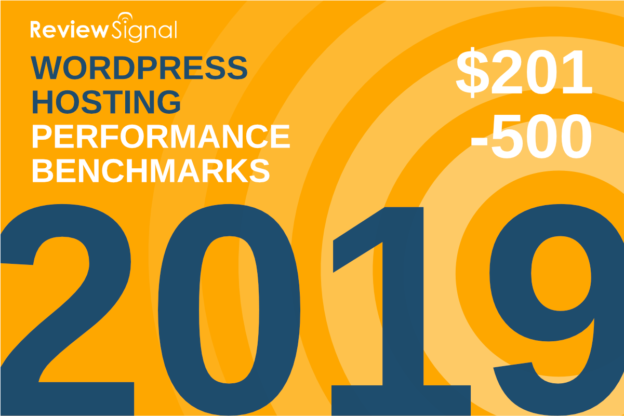 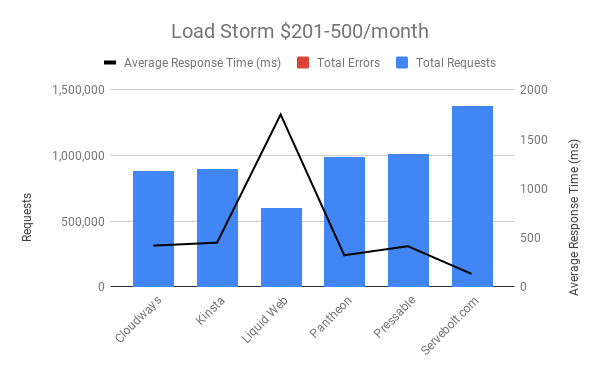 Cloudways [Reviews], Kinsta, Pressable, and Servebolt all handled this test without issue.

Pantheon [Reviews] had 0.41% error rate and showed a small increase in response time. 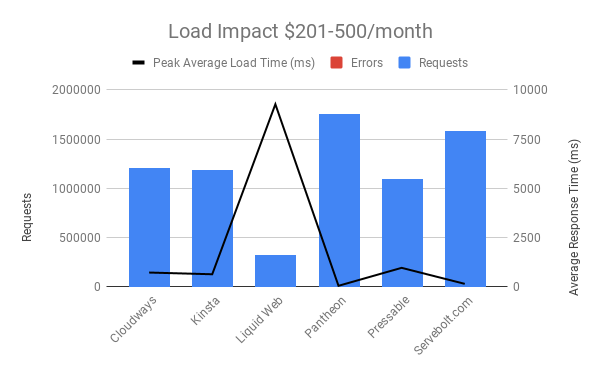 Cloudways, Kinsta, Pantheon, and Servebolt.com all handled the Load Impact test without issue. 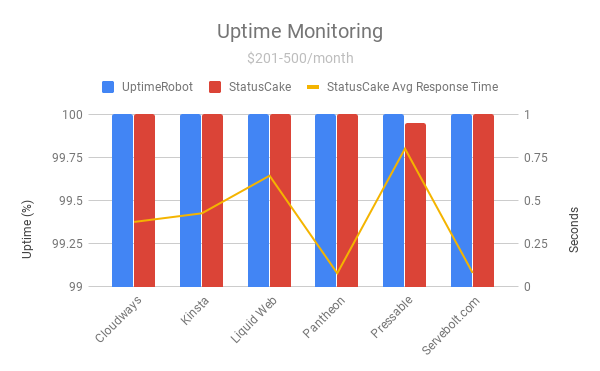 Perfect for every company on every monitor except one showing 99.95%.

Pressable was the slowest in 10/11 locales. 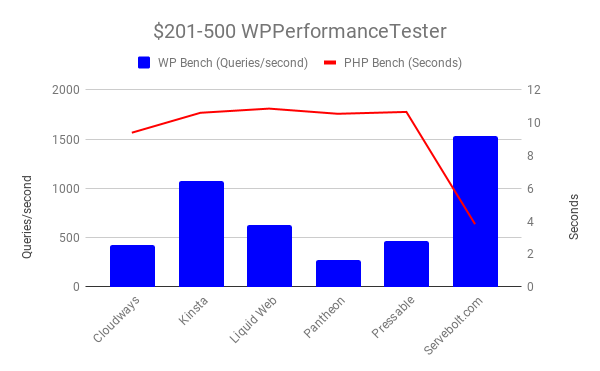 Servebolt was the fastest in both benchmarks.

A's for everyone. Pantheon and Servebolt earned A+. 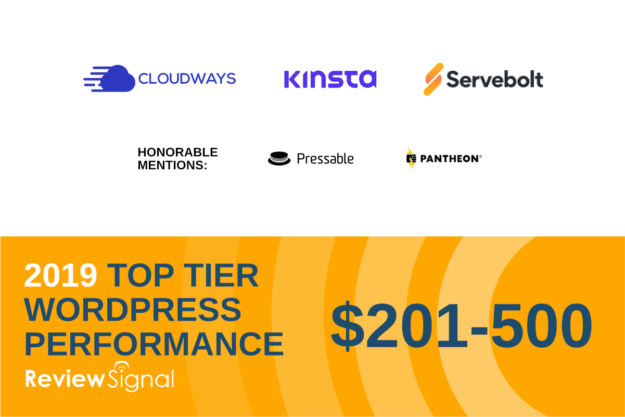 Cloudways [Reviews], Kinsta and Servebolt.com all handled the tests without issue.

Perfect uptime and five cumulative errors. Again, the problem was response times started to soar as the load tests went on. While Liquid Web handled every request, it got very slow during the load tests.

Pressable did very well with 100 and 99.95% uptime. The only knock was their Load Impact test started to show signs of load with increased response times. Pressable deserves a very Honorable Mention.

Servebolt had the fastest Load Storm response times along with perfect uptime. They also were the fastest in 7/11 locations on the WebPageTest. Easily earned itself Top Tier status.