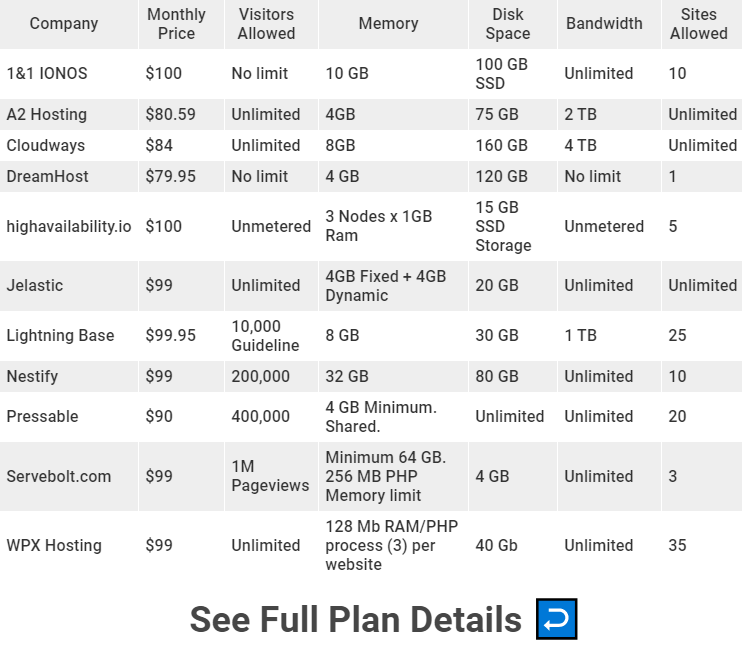 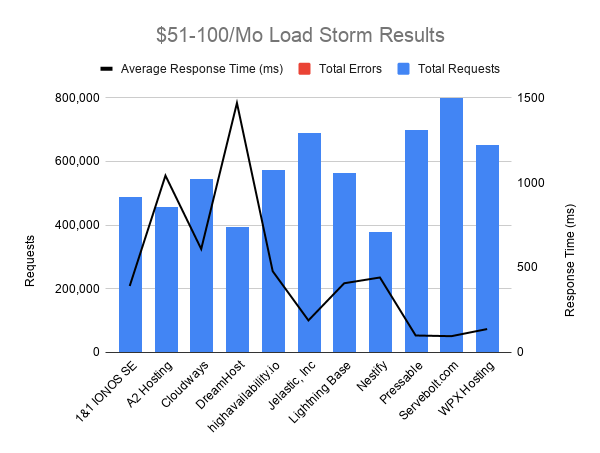 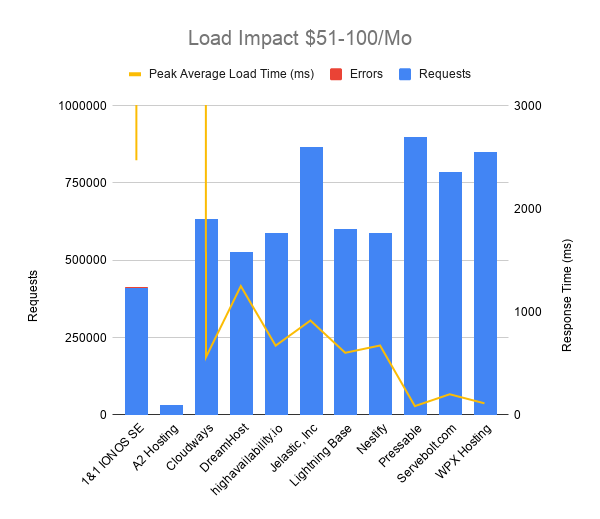 1&1 IONOS slowed down around 1050 users. A2 Hosting collapsed with an average response time spiking to over 48 seconds. DreamHost started slowing down around 1400 users but didn't error out. 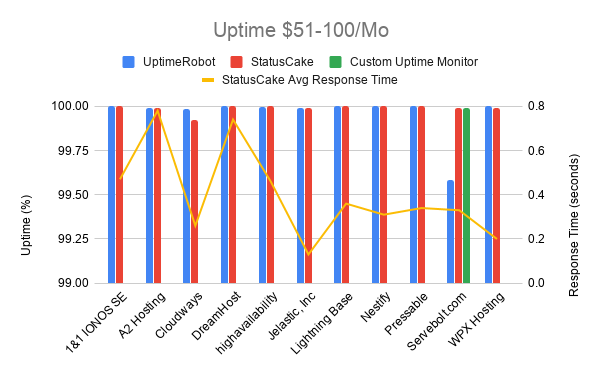 Every company did well maintaining above 99.9% uptime. The only issue was a strange discrepancy between UptimeRobot and StatusCake on Servebolt's uptime. One showed a very low 99.583 and the other 99.99. The third monitor I setup showed 99.99%, so the issue appears to be with Uptime Robot. 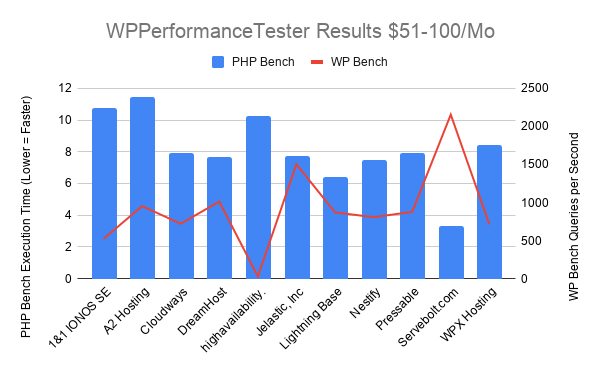 Servebolt stole the show here with completing the PHP bench in nearly half the time of the next fastest competitor. Servebolt also had the fastest WP bench by over 40% and almost two orders of magnitude faster than the slowest WP bench. But both the slowest and fastest WP bench scores were able to handle the load tests without issue showing that different architectures with different trade offs can both perform well.

No company scored an A+. Every single B grade was for the following reason according to Qualsys: "This server supports TLS 1.0 and TLS 1.1. Grade capped to B." 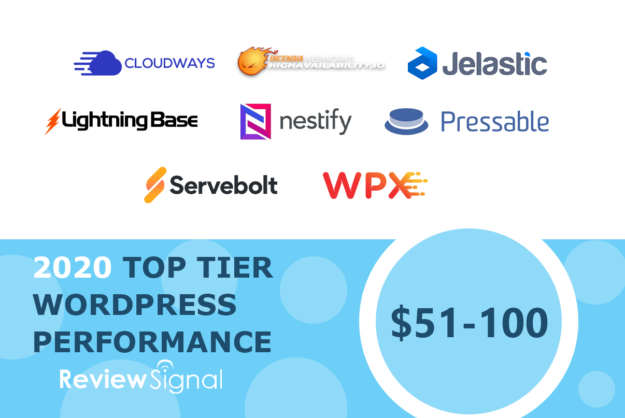 Perfect uptime and an almost perfect Load Storm test were a great start. Unfortunately, the Load Impact test proved to be a bit too much. Hopefully next year improvements in the static caching will let them earn Top Tier status.

The good news was A2 Hosting had over 99.99% uptime on both monitors. The bad news is they failed both load tests with response times rising significantly. Not sure what happened this year but hopefully they make some improvements next year and do much better.

Zero errors on both load tests and no impact on response times, one of only two companies in this price tier that managed to pull off the perfect load tests. Congrats on earning Top Tier status.

DreamHost managed perfect uptime and zero load testing errors. DreamHost also had the fastest average load speed on WebPageTest. The problem was keeping the response times down during load testing, the servers slowed on both tests causing response times to rise substantially. DreamHost manages to do well, but just not well enough, I hope to see them do a little bit better next year and earn some more recognition.

High Availability managed the perfect load tests with zero errors. Near perfect uptime of 99.997% and 100% cap off a Top Tier performance.

This first time participant put up 99.99% uptime and solid performances on the load test. A Top Tier performance.

Consistency seems to define Lightning Base. Perfect uptime. Only 7 errors total on load testing. For the sixth year in a row across every tier they've participated in, Lightning Base has earned Top Tier status. This year is no exception, consistently excellent performance that doesn't get enough recognition.

Perfect uptime. 1 error during the load tests. The only thing I'd like to see improved is the global response times which are a non impacting measurement. Nestify definitely earned their Top Tier status this year. congratulations.

Shaky uptime was an issue in the past, but perfect uptime this year shows Pressable has really stepped it up. The load tests went well, especially having the fastest Load Impact response times. It's nice seeing positive improvements leading to Pressable earning Top Tier status again.

WPX had near perfect uptime and did excellent on both load tests. It wasn't flashy but they were the third fastest average response on Load Storm and second fastest on Load Impact. A consistently great performance which got them another Top Tier award this year.