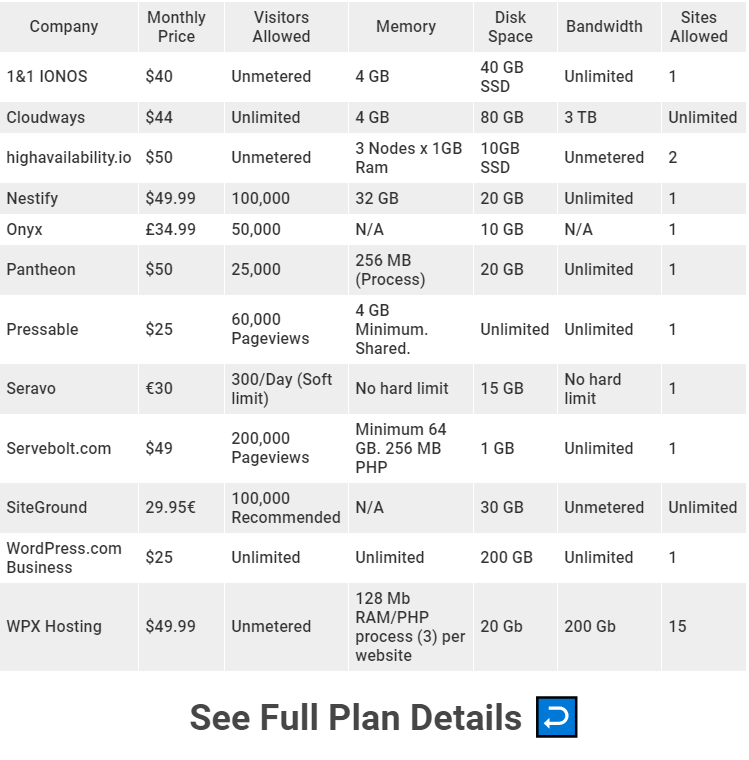 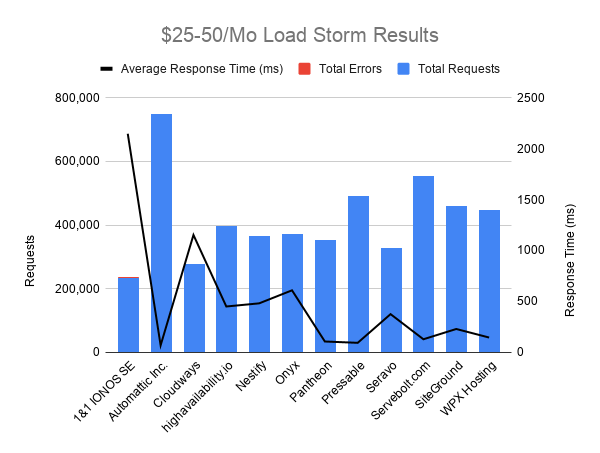 1&1 IONOS [Reviews] and Cloudways [Reviews] slowed down but didn't error out. 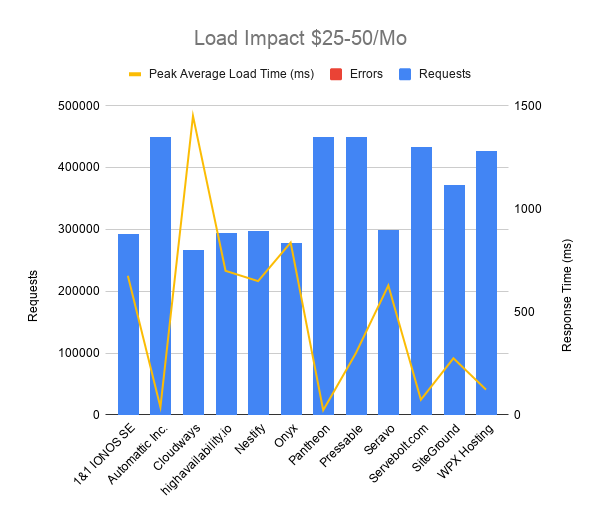 Cloudways slowed down and had peak average response time climb to almost 1.5s. 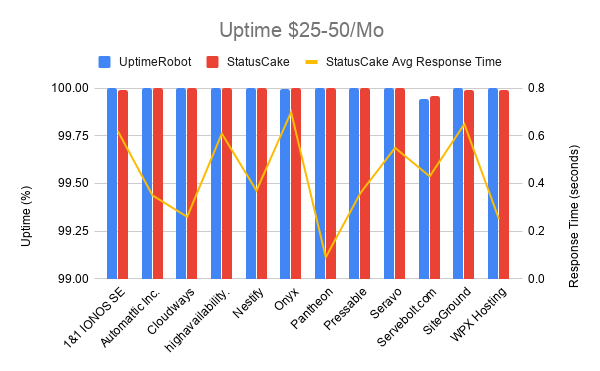 1&1 IONOS and Nestify stand out as the two slowest around the globe being first or second in 8/12 locales together. Onyx, the UK based company, was the fastest in London and Frankfurt, which is nice to see that geography seems to make an impact. Servebolt picked up the fastest average response time at just under a second average across the 12 locales. 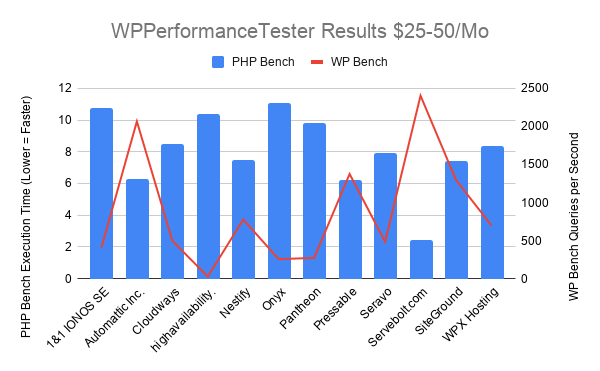 The clear standout here is Servebolt with some of the fastest times I've ever seen. WordPress.com Business isn't too far back with both of them breaking them 2000 mark on WP bench (which is more than double WordPress.com Business' score last year). The highest score in any tier last year was in 1700 range (from Servebolt and High Availability[under old IWW brand]), so this is a drastic improvement.

Pantheon is the only company that achieved an A+ rating. Every single B grade was for the following reason according to Qualsys: "This server supports TLS 1.0 and TLS 1.1. Grade capped to B." 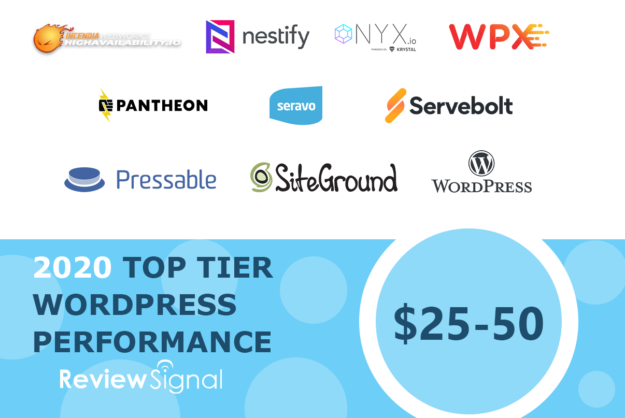 1&1 IONOS overall had a much stronger showing here than in the tier below. The server didn't error out on any tests. It kept excellent uptime. The only issue was Load Storm seemed to slow down the server to over 2s average load times which kept it out of earning any recognition.

Cloudways had perfect uptime on both monitors which was good. The problem was the load tests caused the server to slow down and have high response times.

This UK brand (owned by Krystal Hosting) earned itself their first Top Tier honors ever. Dedicated to Managed WordPress Hosting, the new offering really showed off well with near perfect uptime of 100 and 99.998%. It was also the fastest in London and Frankfurt on WebPageTest.

Pantheon has historically done very well in these tests and this year was no exception. Perfect uptime. The absolute fastest Load Impact response time at a blazing 23ms. They were also the fastest on WebPageTest from 4/12 locales. A Top Tier performance without question.

Perfect uptime. The second fastest average response time on Load Storm (only beat by WordPress.com Business which are both owned by Automattic). Pressable also had the second fastest PHP bench score. Well deserved on another Top Tier performance this year.

The second year for Servebolt has treated them well. They haven't missed a beat with near perfect load tests. They stood out the most on the WPPerformanceTester benchmark where they blew away the numbers from last year. Top Tier performance again.

Near perfect uptime. A total of one error on both load tests. It wasn't flashy in any of the results but it handled all the tests gracefully and earned another Top Tier mark this year.

The other Automattic brand. It appears there may be some similarities in infrastructure with sister brand Pressable. They had similar PHP bench scores which were very fast. They also shared perfect uptime. An excellent brand to be sharing a lot in common with. WordPress.com Business stood out in having the fastest average response on Load Storm and the second fastest on Load Impact. They also had the second fastest WP bench score. Another year, another Top Tier performance well earned.

WPX Hosting had 100/99.99% uptime marks. Their average response times on both load tests was in the snappy 100ms range. WPX earned themselves Top Tier honors again this year.