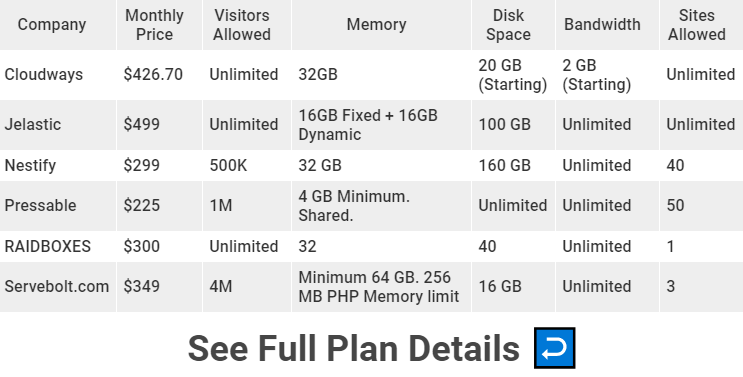 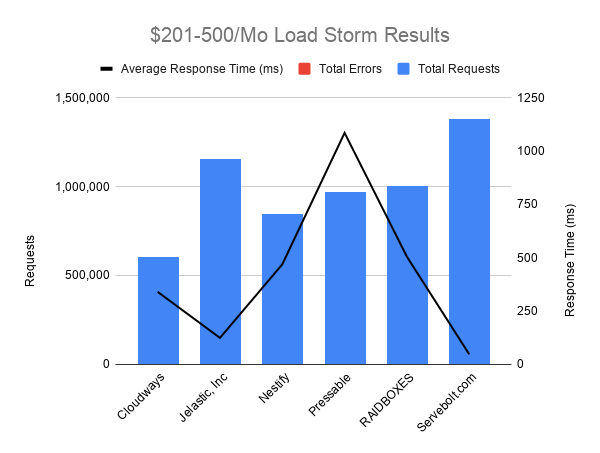 Cloudways [Reviews], Jelastic, Nestify, Raidboxes and Servebolt all handled this test without issue.

Pressable saw a slight increase in response times from 500 to 1200ms. 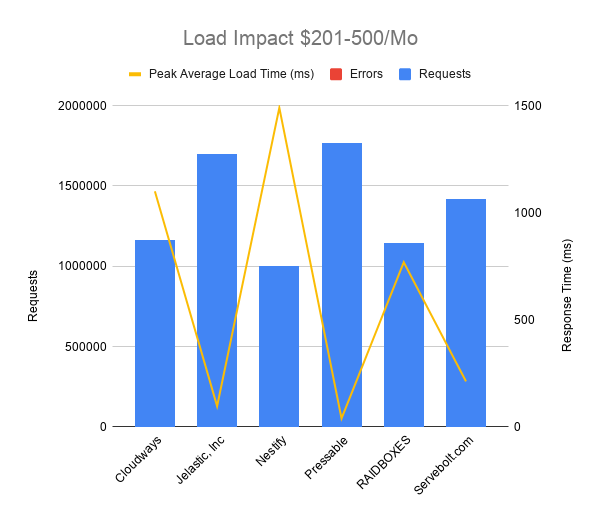 Jelastic, Pressable, Raidboxes and Servebolt all handled the Load Impact test without issue.

Cloudways started to slow down around 3250 users and peak average response time increased to 1100.

Nestify started to slow down around 2500 users and peak average response time went to almost 1500ms. 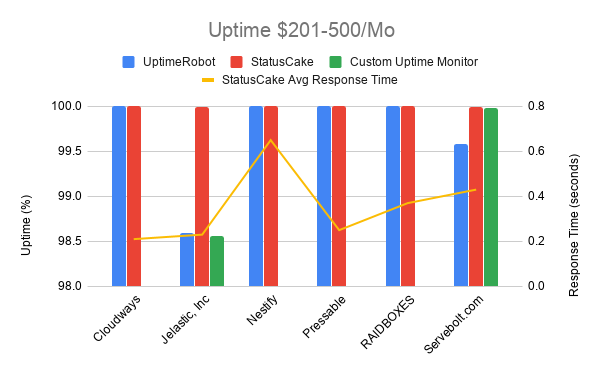 Cloudways, Nestify, Pressable, and Raidboxes had perfect or 99.999% uptime.

Jelastic had very different uptimes based on the monitors with UptimeRobot showing 98.587% and StatusCake showing 99.99%. The third monitor showed 98.56% which was inline with UptimeRobot, so I went with that being correct.

Servebolt also had a discrepancy between UptimeRobot and StatusCake uptime. One showed a very low 99.583 and the other 99.99. The third monitor I setup showed 99.98%, so I went with the StatusCake number. 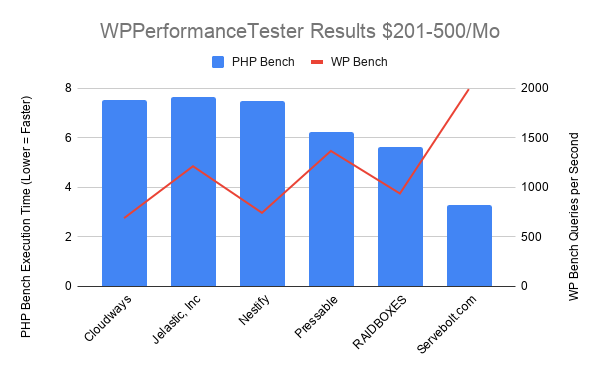 Raidboxes was the only company to achieve an A+ rating. Every single B grade was for the following reason according to Qualsys: "This server supports TLS 1.0 and TLS 1.1. Grade capped to B." 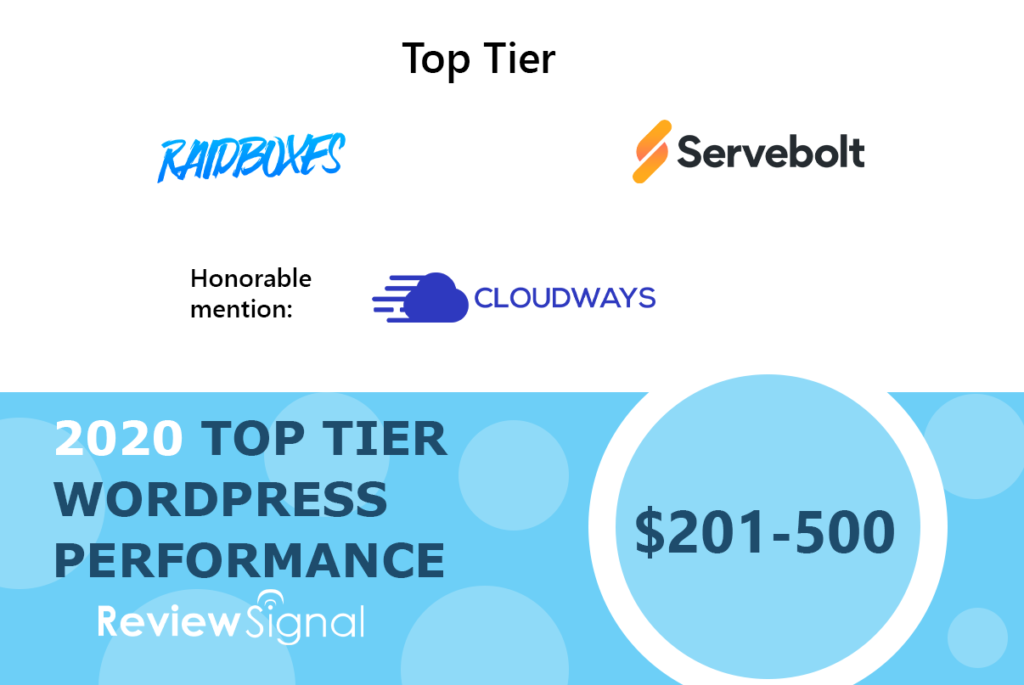 Raidboxes and Servebolt stood out and earned Top Tier honors. Both companies handled these tests effortlessly.

Cloudways [Reviews] earned an Honorable Mention because they had a minor slow down towards the end of the Load Impact test.

Excellent performance from this new comer except for the uptime issue. They didn't have this issue in other tiers, so I am optimistic next year they will earn Top Tier status.

Nestify had perfect uptime. A perfect looking Load Storm test with zero errors and flat response times. The only issue was Load Impact slowed down starting around 2300 users and kept climbing upwards to around 1.5s average response time. Very borderline on earning an Honorable Mention, just a bit better next year will earn some them recognition.

Pressable had perfect uptime and Load Impact test. In fact, they had the fastest peak average response time of any company in this price tier. The only issue was Load Storm caused some increased response times with it slowly climbing to over 1300ms at points. It was borderline on the honorable mention, but the response times went a bit too high. A little better and Pressable would be earning honors at this tier.

One of the standout new entrants this year earned Top Tier status right off the bat. 99.999% uptime and up. Zero errors on both load tests. Hard to ask for a better performance, but they also had the fastest PHP bench score of a company not named Servebolt across any price tier. Well done Raidboxes and congrats on the Top Tier marks.

Speed, speed, speed. Servebolt had the fastest response times on Load Storm and WebPageTest. They also were in a class of their own on WPPerformanceTester. The Top Tier status was well deserved for Servebolt.