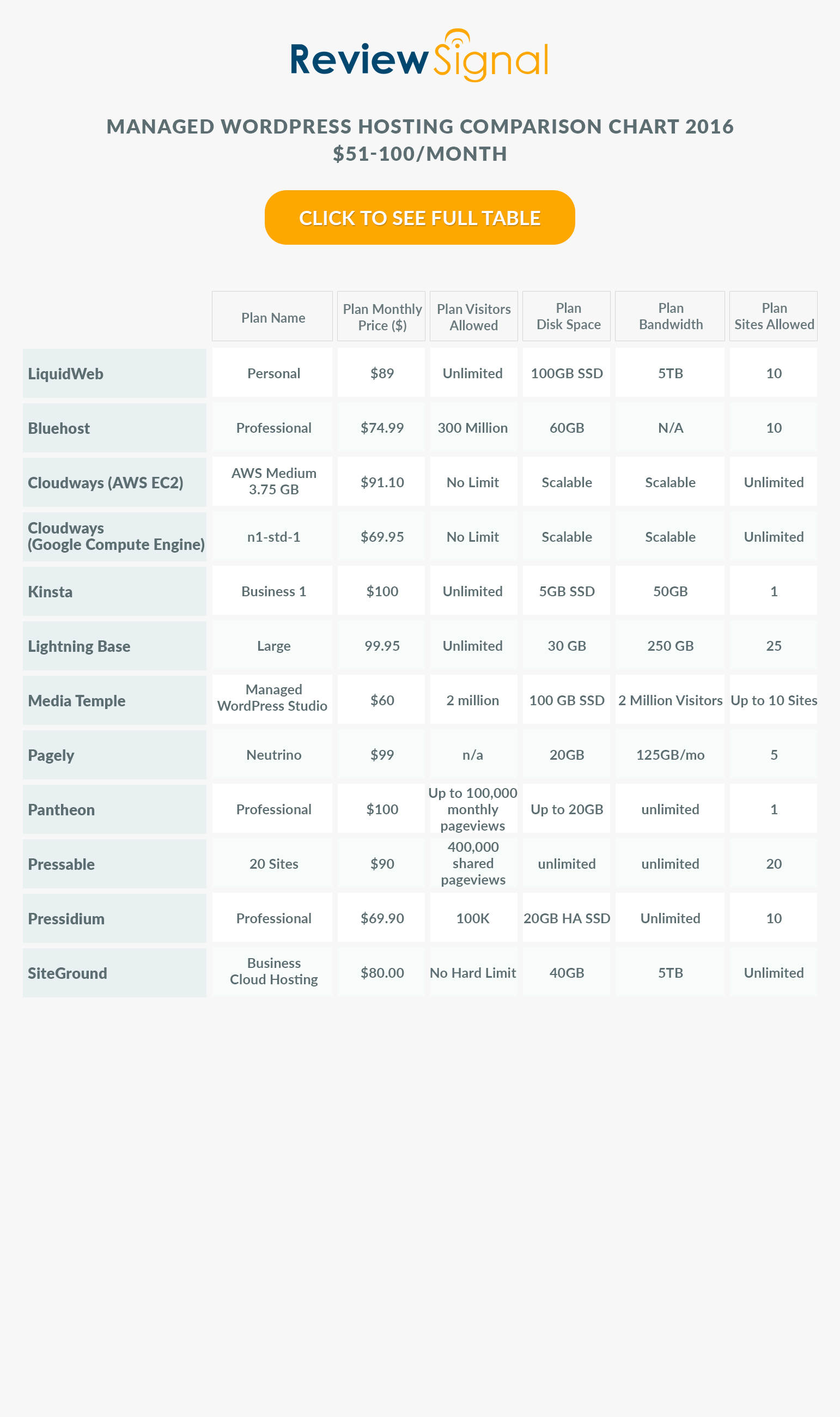 MediaTemple [Reviews] had some minor issues with spikes and increasing average response times.

Pagely [Reviews] had some spikes but more concerning was the increased response times which were averaging around 3000ms during the 10 minute peak of the test. It kept the website up and error rate low enough (0.5%), but it was definitely struggling to keep up.

BlueHost [Reviews], CloudWays [Reviews] (Amazon + Google) and Pantheon [Reviews] all struggled with this load test. BlueHost crashed (85% error rate). CloudWays Google had 48% errors. Amazon fared better with only 24%. Pantheon had the lowest error rate at 14% but all of them were unacceptably high along with increase response times.

I also mistakenly ran an extra thousand users against SiteGround (1-3000), but since they performed perfectly, I figured why not just leave it. The chance for random network timeouts is always there, they got a perfect score, I let them keep it. That's why their numbers look higher than everyone else's.

MediaTemple [Reviews] had some minor issues with load starting to impact response times and some errors/timeouts at the end of the test.

CloudWays (Amazon) managed to keep the server up but started to lag around 35 seconds in with some errors at the very end.

BlueHost [Reviews] and CloudWays (Google) both failed this test.

I can happily say every single company kept their servers up.

LightningBase put up the fastest individual score of any bracket this year in this test with a blazingly fast 0.465ms average response in Denver. Other than that, nothing special here other than all these companies seemed capable of delivering content fast pretty much everywhere in the world except Shanghai.

LiquidWeb put up one of the fastest scores on the PHP Bench at 7.177. Everyone else fell into the 10-14 range we generally see.

The WP Bench saw some slow scores from MediaTemple and Pagely and handful breaking the 1000 barrier in LightningBase, LiquidWeb, and SiteGround. Interestingly, the trend seems to be slower as you go up in price as you get more non-local databases.

This is the last really crowded bracket as we go up in price. It's sitting right at the border of entry level plans and the more serious stuff. This is the first tier that tested plans more heavily than any plan last year as well. The results were also very encouraging. 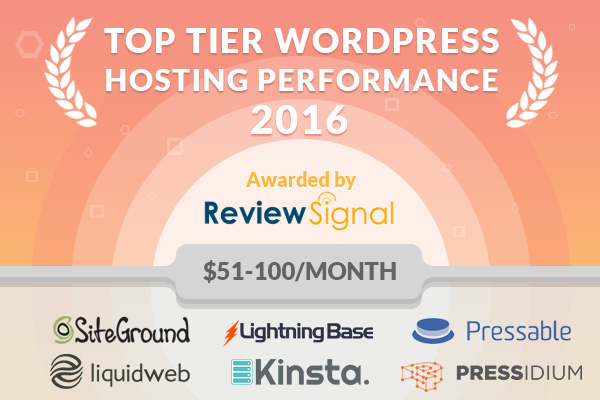 CloudWays is always interesting because you can compare head to head performance on different cloud platforms. I would pretty confidently say that Amazon outperformed Google in this instance with similar specs (although Amazon charges more).

Kinsta's entry level plan put on a fantastic performance. The higher end providers are starting to show up in this price tier and really showing why they charge their premium prices. Kinsta easily earned top tier status.

LightningBase's most expensive plan that we tested this year (although they offer higher ones), and for the third consecutive price tier (and year), they handled the tests flawlessly. A literaly perfect score for LightningBase: 100% uptime on both monitors and 0 errors on all load tests. Simply perfection. Undoubtedly a top tier WordPress Host.

LiquidWeb is a newcomer to this testing and this is their entry level plan. Boy did they make a positive splash. 100% uptime across the board and excellent load testing scores. They also had the fastest PHP Bench in this bracket (and third fastest of any company this year). They have a fantastic reputation here at Review Signal on our reviews section, I can confidently say they also have a top tier WordPress Hosting product to boot.

Media Temple earned an honorable mention which is a step in the right direction. They had some minor problems with the load tests. No major concerns, just need to figure out security issues and minor performance stuff to make them top tier again.

Pagely was a bit of a disappointment. They've been in the top tier the past years but fell to an honorable mention this year. The increased LoadStorm test seemed to put some strain on the server and caused spikes and increased load times. Everything else looked very good like previous years.

Pantheon, like Pagely, struggled with the LoadStorm test, but to a larger degree this year. It knocked them out of the top tier and didn't even earn an honorable mention in this price bracket. Everything else looked very good.

Pressable showed up in a big way. No problems in any of the tests. Zero errors on both load tests. Easily in the top tier for this price bracket.

I screwed up with the Blitz load test and they got a perfect score with an extra thousand users which is impressive. They had a small spike at the start of the LoadStorm test but otherwise put on a flawless performance with 100% uptime on both monitors as well. SiteGround is in the top tier.